“Nothing gives one person so much advantage over another as to remain always cool and unruffled under all circumstances.”

“A hard workout is the best way to a clear mind.”

“Never say never because limits, like fears, are often an illusion.”

“Out on the roads there is fitness and self-discovery and the persons we were destined to be.” 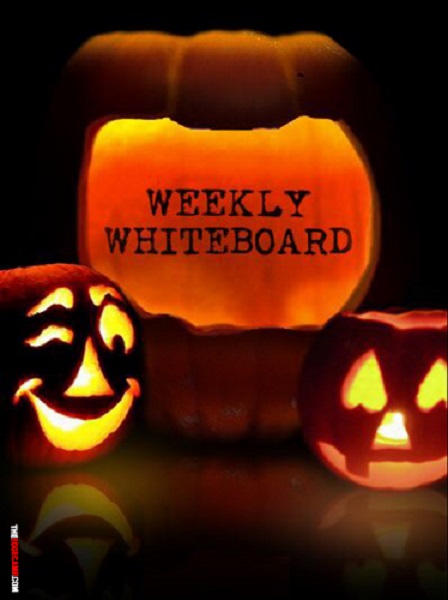 WHY WHEAT MAKES YOU FAT

New studies suggest that Gliadin, a protein in wheat, may be adding to obesity levels by stimulating the hunger hormone ghrelin. Wheat was genetically modified in the 1970’s to improve crop yields, but 2 negative side effects of this modification have been increased wheat allergies (gluten intolerance) and increased ghrelin levels. Even though wheat is often recommended as a healthy food choice, be mindful of individual responses to wheat, and limit consumption if reactions are noted.

MORE THAN MILK FOR STRONG BONES

American women have one of the highest calcium consumption rates in the world, but also have one of the highest rates of both bone fractures and osteoporosis, indicating that calcium consumption may not be the key to optimal bone health. Women in both China and Japan consume 2/3rds less calcium than American women, yet their risk of bone fracture is less than half the risk American women face. Studies suggest that strontium, Vitamin D3, Boron, Vitamin K2, Silicon and many trace minerals may go much farther than simple calcium in building a strong bone matrix. To maximize bone health, consider adding foods or supplements containing these vital nutrients.

ANOTHER REASON TO NOT SKIP BREAKFAST

Skipping breakfast might seem like a good way to cut calories, but instead it often leads to bigger meals with bigger fat-storing insulin spikes later. As calorie deficits continue throughout the day, snacking increases and hunger encourages overeating. To maximize fat loss, eat multiple small meals throughout the day to minimize insulin spikes, and don’t skip breakfast. It is much healthier to consume high calorie meals earlier in the day, rather than later (especially at night) when fat storage is more likely.

It turns out that a banana is effective fuel to get you through a training session. Researchers had one group of cyclists drink a cup of a sports drink and the other eat a banana and a cup of water every 15 minutes during a 46-mile ride. Both groups finished in the same amount of time and had about the same levels of glucose. Study authors say bananas seem to have a near-perfect mix of carbs, potassium, vitamins, and antioxidants and it’s NATURAL!

“The measure of a life, after all, is not its duration, but its donation.”